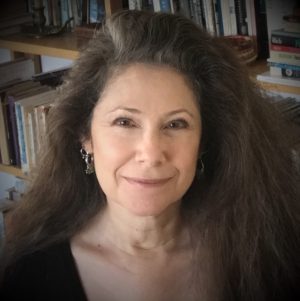 Her flash fiction has been performed by the Buntport Theater Company in Denver’s “Stories on Stage” series, her collaborations with Mary Kasimor have appeared in Otoliths, those with composer Jonathan Golove have been recorded and performed at the Kennedy Center and Carnegie’s Weill Hall, and those with artist Melissa Stern have been exhibited in galleries and museums across the U.S.

Lewis received her MFA in Creative Writing from Sarah Lawrence College and her BA and JD from UC Berkeley. She taught creative writing at SUNY, Purchase and has served as an editor and guest editor on several publications.